Past conversation can also be known to known to you easily. You can also maintain an eye on the instant messages from different platforms like Snapchat , Facebook , Skype, Viber and many others like this.

Thus you will be able to observe the activities of the target user on the social media also. The web search history is successfully scanned, and the different websites visited by the target user are availed to you anytime you want.


Thus you can know what the targeted person is watching on the internet. You can keep a record of all the incoming and outgoing calls via the tracked cell phone. There are many more things that you can do in respect of calls. You will also be allowed to record these calls, and you can listen to them anytime afterward. With the help of the FreePhoneSpy you will be able to view all the multimedia files that are stored in the hacked device. These multimedia files include photos, videos, and other files. The FreePhoneSpy work in the background and therefore is totally undetectable.

The targeted user will never come to know about its existence on their mobile phone, and you can do the tracking work without any fear. There are many mobile spy app available in the play store but get the most suitable one offering you all the features you need like the GPS tracking, spying text, call logs, etc. Mostly all the features you are looking for is present in the FreePhoneSpy app. Secondly, while getting FREE mobile spy app, you must look that whether the application is compatible with the devices you using or not.

The application you choose must be working on the smartphones, mobiles, etc. Try It Now. 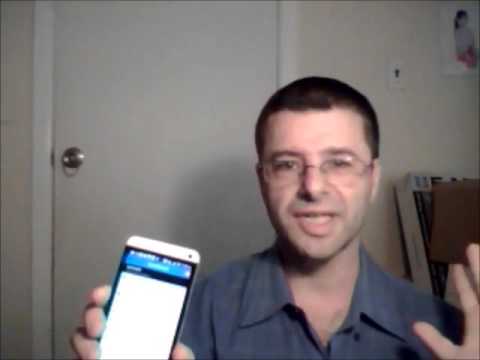 Live Demo. So how does Free Phone Spy works?

How to Hack and Spy Someone’s WhatsApp without Their Permission

We will tell you about the spying app FreePhoneSpy and tell you the advantages you can get by using this app. Spy on the cell phone. Spying apps are everywhere on the internet.

Probably before opening this link you have already searched on other sites just to find out how worthless everything is. It is because although most of the articles are genuine, they just work for some time. And there is also a risk factor involved. How to spy cell phones without installing apps on target phone?

There are a handful of tricks available and I am going to show you all, both for androids and iPhone. You can install spying software without the device of your target. Seems like another fake article? Well, we bet it is not. Because there is an app you just need to install on your phone and you can literally track anyone with it. Easy peasy.

FlexiSpy is a monitoring software for computers, mobile phones or tablets and it is very easy to use as well. It is one of the most popular spying application and can deal with lots of various spying tasks along with reading messages without needing to install it on their phone. Just follow their instruction. See gimp faq, the gimp docs and gimp news for more details. Pv panel output voltage, and consequently the maximum power point, varies in spying on a cell phone without installing software ways.


A ton of advanced technology in a single cell phone spy application. Listen in to live calls happening on the target phone. You can receive a secret SMS alert. If you then call the target mobile, you will be added to the live call. Call interception is available on Spyera only. Competitors does not have this feature!

Real Time ambient listening is available on Spyera only.

Spyera upload all photos taken from the the target device to your web account. Check camera image, audio files, video files, wallpapers etc. Instant messaging is not just about text and pictures anymore. VOIP is also key. When target user make or receive VoIP calls then these calls will be automatically recorded and uploaded to your web account for you to listen to or to download later for offline listening.

Record any call made to or from the target phone. Record all calls or choose phone numbers to be recorded automatically. Record immediately or scheduled the surroundings of it. Recorded files uploads to your web account. Instead of listening to it live, you can listen recorded files anytime you want. Spyera use GPS positioning to show the coordinates of the device. Location linked the map inside your web account and display a path of travel between certain time periods.


Learn their login credentials for Facebook, Skype, Twitter, Emails…. Secretly turns on both the mic and camera, allowing you to see and hear the surroundings of the target device in real time. Read all messages including the stickers, status, profiles, pictures, locations and emoticons. Read the contents of all incoming and outgoing SMS messages.